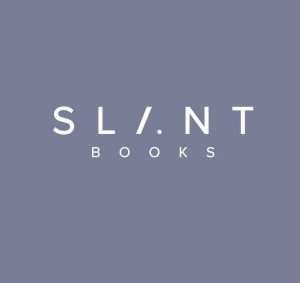 Books Grounded in a Sense of “Felt Life”

Tell all the truth but tell it slant….
―Emily Dickinson

A classic is a book that has never finished saying what it has to say.
―Italo Calvino

There is, I think, no more nutritive or suggestive truth…than that of the perfect dependence of the “moral” sense of a work of art on the amount of felt life concerned in producing it. The question comes back thus, obviously, to the kind and the degree of the artist’s prime sensibility, which is the soil out of which his subject springs.
―Henry James

[T]he beauty of a book isn’t just what it does today, but what it might allow you to do a decade from now.
―Reginald Dwayne Betts

The art of publishing can be judged by the capacity to give form to a plurality of books as though they were the chapters of a single book. And all the while taking care―a passionate and obsessive care―over the appearance of every volume, over the way in which it is presented.
―Roberto Calasso

Slant is an independent, not-for-profit literary press specializing in fiction, poetry, creative nonfiction, philosophy, and belles lettres. Slant books are marked by the kind of meticulous craft and passion for language that are harder and harder to come by in our age of instant publishing and literary gimmickry. These are books that will lodge themselves in readers’ lives.

For more about the vision behind Slant, read editor Gregory Wolfe’s blog post, “Sounding Together.” The Republic of Letters

The Republic of Letters is the 501c3 non-profit organization that sponsors Slant Books. For a deep dive on the meaning of the name, please read Gregory Wolfe’s post on the history and background of the phrase here.

Gregory Wolfe is a writer, teacher, editor, and publisher. In 1989 he founded Image—one of America’s leading literary journals, which he edited for thirty years. He was also the founding director of the Seattle Pacific University MFA in Creative Writing program, which he led for twelve years. He is currently the Publisher and Editor of Slant Books. Wolfe’s writing has appeared in numerous publications, including the Washington Post, Wall Street Journal, First Things, Commonweal, and America. In 2005 he was a judge for the National Book Awards. His books include Beauty Will Save the World, Intruding Upon the Timeless, and The Operation of Grace. He is married to the novelist Suzanne M. Wolfe. They are the parents of four grown children and live in Richmond Beach, Washington. Suzanne M. Wolfe grew up in Manchester, England and read English Literature at Oxford University, where she co-founded the Oxford C.S. Lewis Society. She served as Writer in Residence at Seattle Pacific University and taught literature and creative writing there for nearly two decades. Wolfe is the author of four novels: The Course of All Treasons, A Murder by Any Name, The Confessions of X (winner of the Christianity Today Book of the Year Award), and Unveiling (winner of the Award of Merit from the Christianity Today Book of the Year Awards). She and her husband are the parents of four grown children. They live in Richmond Beach, Washington.

The Relevance of the Stars

Death Comes for the Deconstructionist